Founded on Maui in 1995, Pacific Biodiesel® is the nation’s longest operating biodiesel producer, and established the first retail biodiesel pump in America. Today with nearly 100 employees statewide, the company is the only commercial producer of liquid biofuels in Hawaii.

The company has always focused on recycling with a zero-waste philosophy that incorporates development of value-added co-products. Its collaborative, community-based “agriculture and energy” production model demonstrates a full-circle system of sustainability and climate change solutions designed to help Hawaii achieve a clean, sustainable energy future. 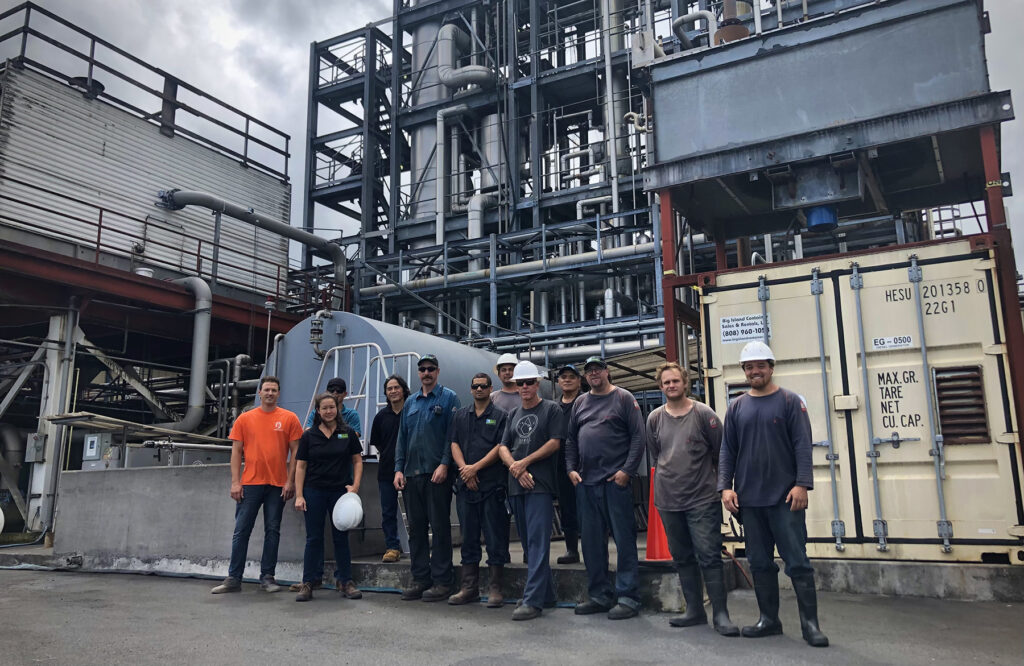 News and Updates from Pacific Biodiesel 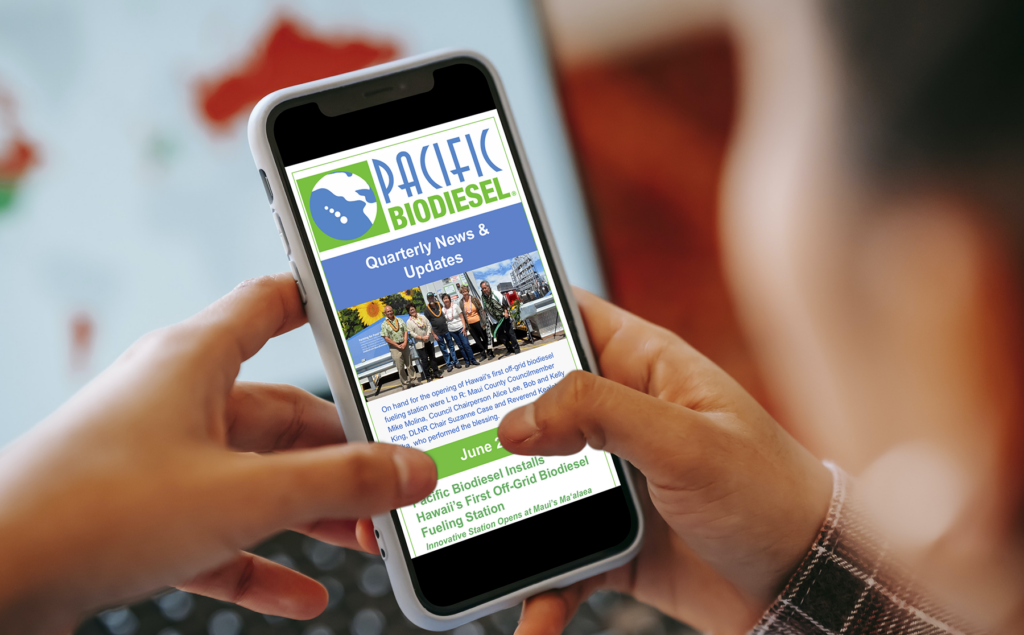 June 28, 2022 – Read all about it! With World Oceans Day in June we report on a number of marine updates, including the company’s grand opening of the state’s first off-grid biodiesel fueling station at Maui’s Maʻalaea Harbor, Polynesian Voyaging Society’s Hikianalia fueling with biodiesel, and Bob King’s presentation on Maritime TV. This issue of the newsletter also features the results of the “Benefit Concert for Ukraine” and Pacific Biodiesel co-founder Kelly King’s announcement as a candidate for the Mayor of Maui County.
Click here to read the full newsletter. 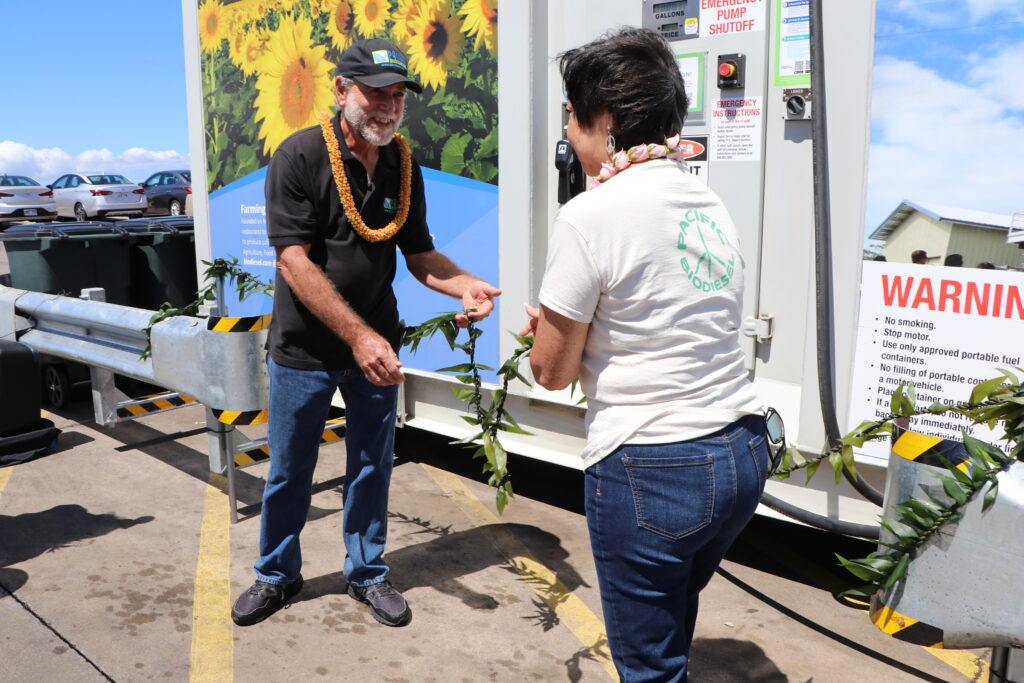 “This innovative fueling station gives customers 24/7 access to biodiesel, making it more convenient to fuel up with our locally produced, 100% renewable fuel,” said Pacific Biodiesel Founder Bob King. “These self-contained units are easy to install and move. They can be quickly dropped into locations around the state to serve customers, like DLNR, who are committed to reducing greenhouse gas emissions to fight the effects of the climate crisis.” 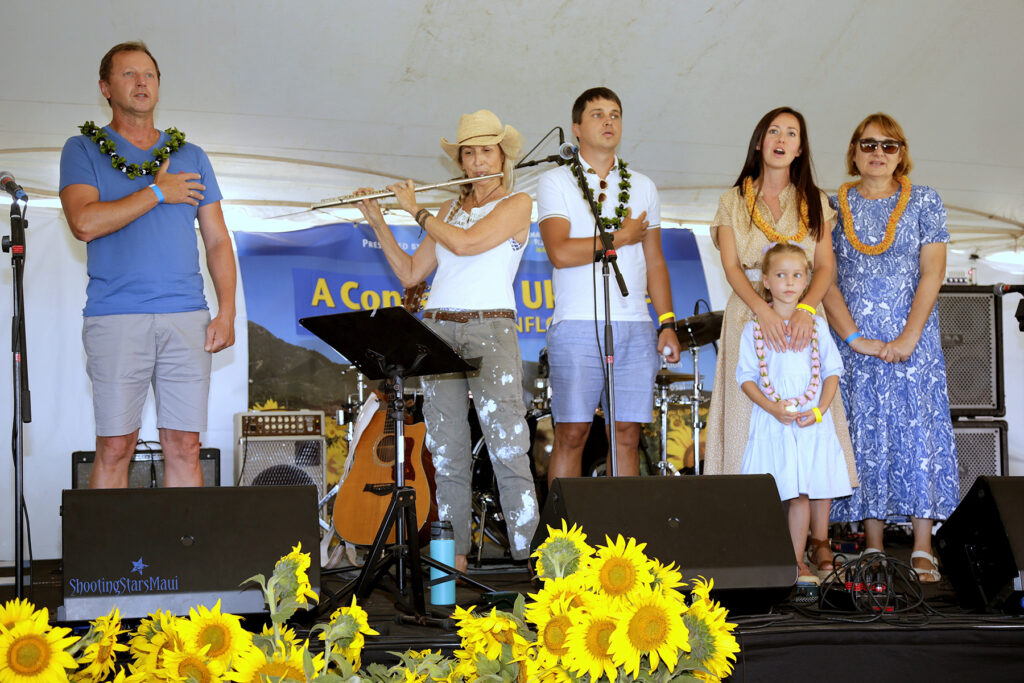 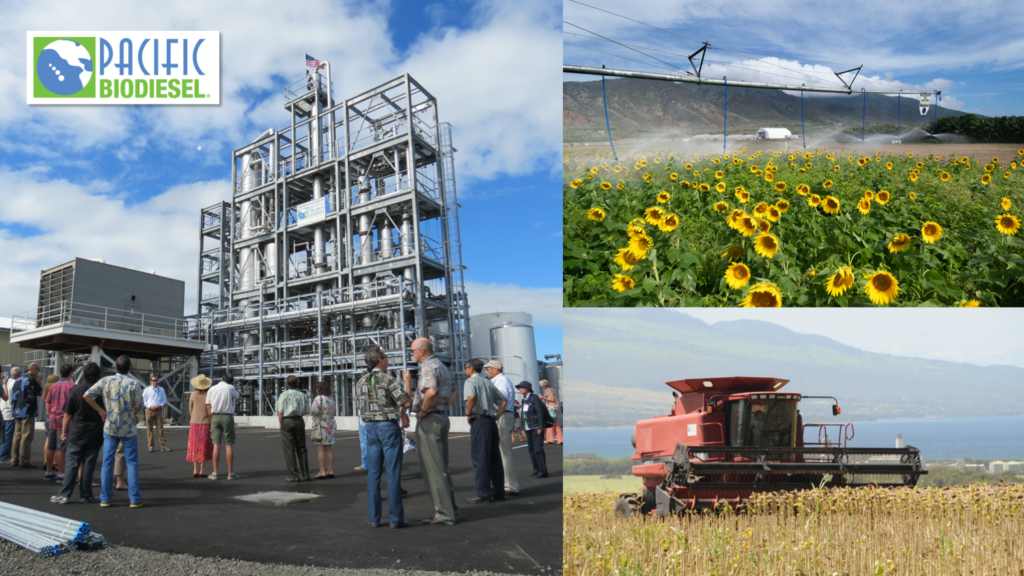 Now more than ever, our locally produced biodiesel is providing ongoing energy security for Hawaii by reducing the need for imported fossil fuel – while providing Hawaii with a clean local fuel choice that reduces harmful greenhouse gas emissions to help fight climate change.

We have launched a new series of videos about our company. Click here to watch the videos and learn more about Pacific Biodiesel, the benefits of biodiesel for Hawaii, and how our company is expanding local fuel production through sustainable agriculture for “food then fuel.”

In November, Pacific Biodiesel co-founders Bob and Kelly King attended the UN Climate Change Conference of the Parties (COP26) in Glasgow, Scotland, the premier global climate change conference. The goal, in part, was to determine how countries will accelerate action towards the goals of the Paris Agreement.

Since returning, the Kings have shared their insights from the climate change conference in many venues and outlets, including international and community forums and publications.

After returning from the UN Climate Change Conference of the Parties (COP26) in Glasgow, Scotland held in November 2021, Kelly King shares her insights in the video above about the important role of biofuels and sustainable agriculture in fighting climate change, the benefits of a circular economy, and the multi-level collaboration needed among local governments to institute change.

Read more about COP26 and other news and updates from Pacific Biodiesel here.

Pacific Biodiesel is featured in Blue Planet Foundation‘s November episode of “Empowered: Hawaii’s Clean Energy Future.” Director of Operations Jenna Long discusses the benefits of biodiesel in Hawaii’s renewable energy mix, including the company’s expanding focus on sustainable agriculture to farm crops for food then fuel. Airing monthly on KHON2, this informative series discusses the importance of renewable energy for our islands.

To watch the full episode and others in this year-long series, visit Blue Planet Foundation’s website at https://blueplanetfoundation.org/empowered/

Pacific Biodiesel Co-Founder and Maui County Councilmember Kelly King was recently appointed to the Environmental Protection Agency’s Local Government Advisory Committee. The announcement was made in August by EPA administrator Michael S. Regan who selected King and 33 other new LGAC appointees from more than 150 nominees.

The LGAC provides independent policy advice to the EPA administrator on critical environmental issues affecting local governments and their residents.

Additionally, last week Kelly King learned she is one of just two U.S. ICLEI delegates invited to participate in the UN Climate Change Conference of the Parties (COP26) to be held in November in Glasgow, Scotland.

Read more about King’s exciting appointments along with other news and updates from Pacific Biodiesel in our October Newsletter here. 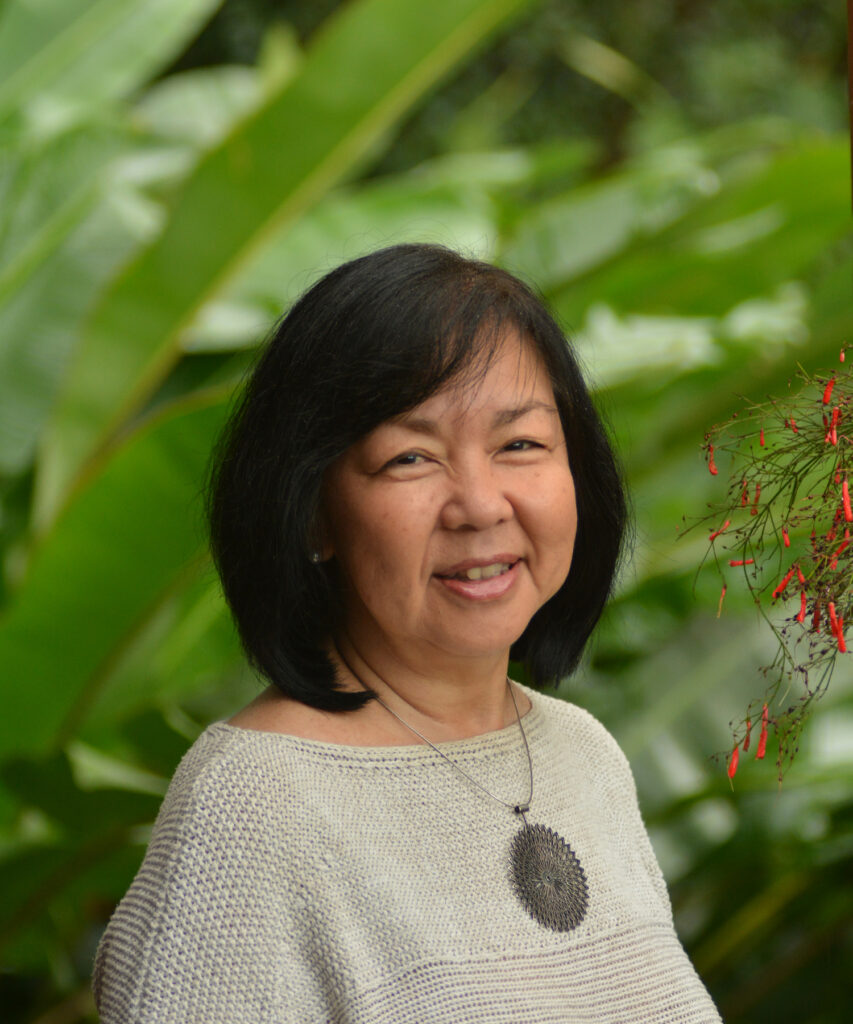 Today, in honor of Earth Day 2021, the United States Department of Agriculture (USDA) announced it is “investing $487 million in critical infrastructure that will help communities in 45 states build back better and stronger while prioritizing climate-smart solutions and environmental stewardship.” This includes $18,218,670 in funding for Hawaii. These USDA investments are being made under the Water and Environmental Program, the Rural Energy for America Program, the Electric Loan Program and the Higher Blends Infrastructure Incentive Program.

Pacific Biodiesel, Hawaii’s only commercial producer of liquid biofuels, is a recipient of USDA infrastructure funding that will be used to create a series of mobile biodiesel fueling stations – expanding the availability of the company’s locally made 100% renewable fuel to customers throughout Hawaii. More information and locations will be announced soon. “Thanks to this USDA funding, we’re able to serve our customers throughout the state who have been wanting more convenient locations where they can purchase our biodiesel,” said Jenna Long, Director of Operations for Pacific Biodiesel.

According to Hawaii/Western Pacific State Acting Director and Business Programs Director Denise Salmeron, the USDA Rural Development investments for our rural island communities are vital. “These projects will support our local farmers, fuel distributors and biofuel producers by providing access to cleaner and more affordable higher blends of fuel as well as increasing our renewable energy capabilities which is a priority for our environment.”

If you have suggestions on where you’d like to see a 100% biodiesel fueling station in Hawaii, please email info@biodiesel.com. 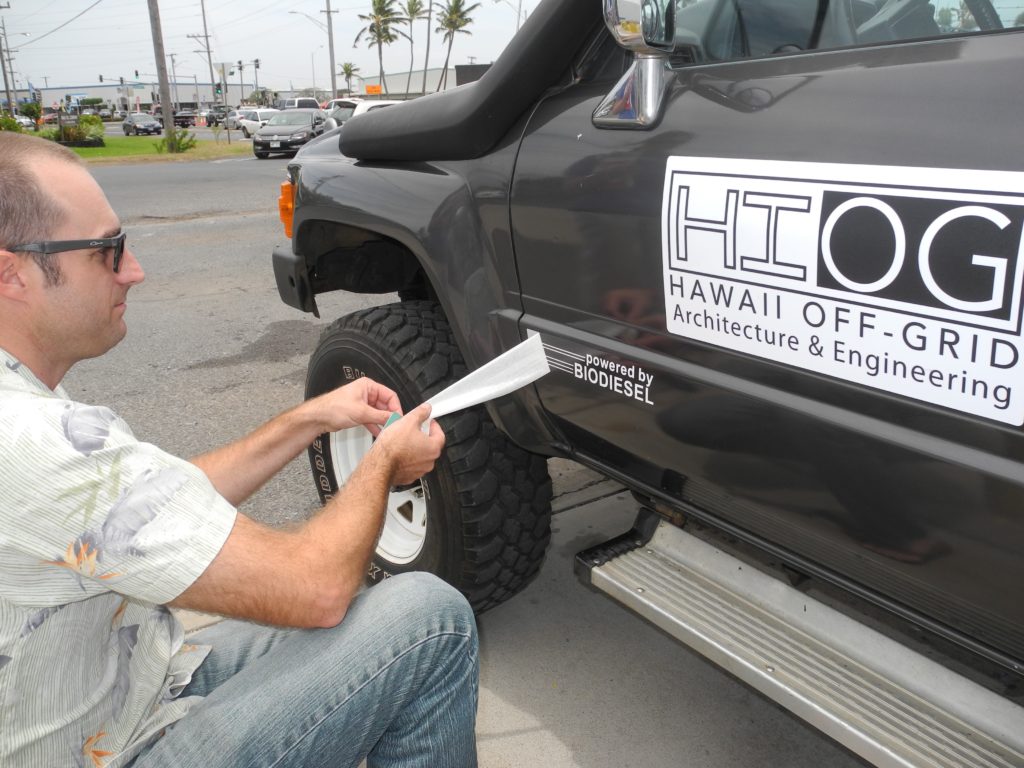 Pictured is longtime biodiesel customer, David Sellers of Hawaii Off Grid, fueling up his truck with 100% biodiesel at Pacific Biodiesel’s Kahului location.

September 16, 2020 – Pacific Biodiesel President and Founder Bob King was selected to give the Keynote speech at the 2020 Biodiesel Production Technology Summit. The theme of his presentation, “Our 25-Year Journey to a High-Efficiency, Zero Waste Plant Design,” recaps the company’s evolution as it celebrates its silver anniversary this year. The annual conference, which attracts the largest gathering of biofuels producers, was conducted virtually this year via webcast.

2020 marks the 25th anniversary of Pacific Biodiesel! Our company started here on Maui in 1995 and created the first retail biodiesel pump in America. Today we produce 5.5 million gallons of biodiesel annually – made from used cooking oil we recycle from restaurants statewide. We’re Hawaii’s only commercial producer of liquid biofuels – proudly producing sustainable, locally made biodiesel to support a cleaner, greener Hawaii. To reflect back and hear what inspires our team today to continue our mission, enjoy this in-depth interview featured in Biodiesel Magazine with our founders, Bob and Kelly King, and our director of operations Jenna Long. MAHALO to Ron Kotrba, editor of Biodiesel Magazine, for this fantastic feature on Pacific Biodiesel to kick off our 25th anniversary year. Stay tuned as we share more memories, information and inspiration throughout this milestone year. 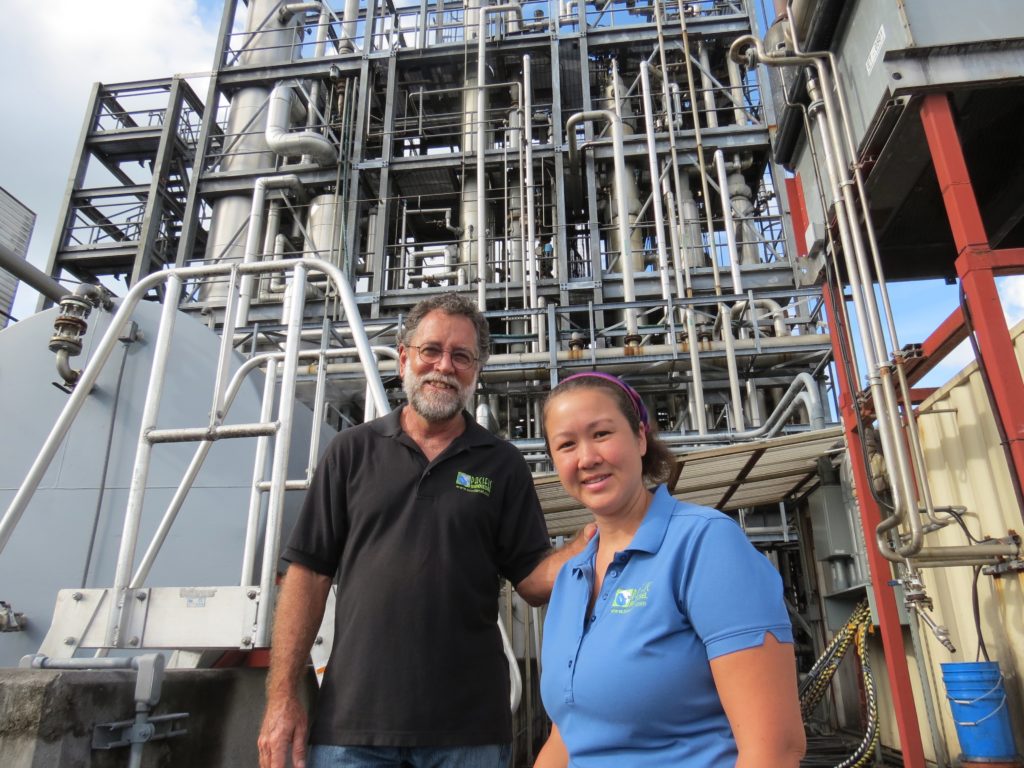 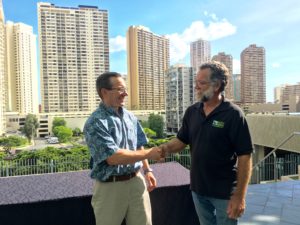 Find additional news coverage at the links below:

DLNR Transitions to Biodiesel on Maui

July, 2019 – This month the Department of Land and Natural Resources on Maui began the transition from petroleum diesel to biodiesel. DLNR staff filled their trucks with biodiesel at Pacific Biodiesel’s Hobron Avenue fueling station.

As co-chair of Hawaii’s Climate Change Mitigation and Adaptation Commission, the DLNR recognized in a November press release that ground transportation contributes significantly to Hawaii’s share of greenhouse gas emissions. The department has committed to fighting climate change with energy solutions that are that are clean, equitable, and resilient. 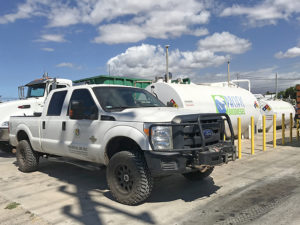 Locally produced renewable biodiesel supports a healthy environment by reducing harmful emissions by as much as 86% as compared to petroleum diesel.

The commercial farming operation will initially produce full-spectrum industrial hemp extract, including CBD. The hemp extract will be manufactured by Imua Energy and distributed by Maiden Hawaii Naturals, a wholly owned subsidiary of Pacific Biodiesel, and marketed to cosmetic manufacturers. Maiden Hawaii Naturals will also incorporate this premium hemp extract as a featured ingredient in its natural skincare brand, Kuleana®.
Click on these links to read the full press release and fact sheet. For more about the project click here. 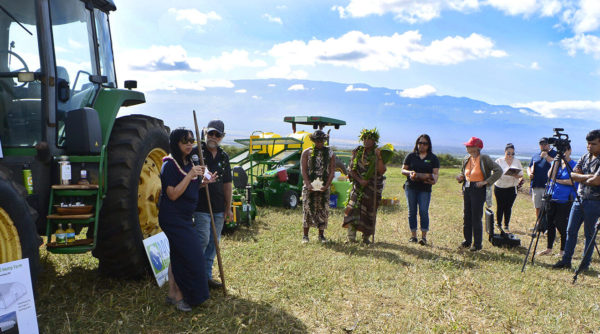 April 6, 2019 – Celebrating their 50th Anniversary this year, Maui Disposal has made a commitment to sustainability by fueling with biodiesel.

Employees and their families visited the Pacific Biodiesel biofuel crop farm on a Saturday morning to learn about how biodiesel is made and the company’s model of sustainable agriculture for food, fuel, cosmetic products and more.

Maui Disposal Vice President of Operations Rick Miller said, “The tour was not only fun but was extremely educational – we had no idea about all the products you’ve developed!” 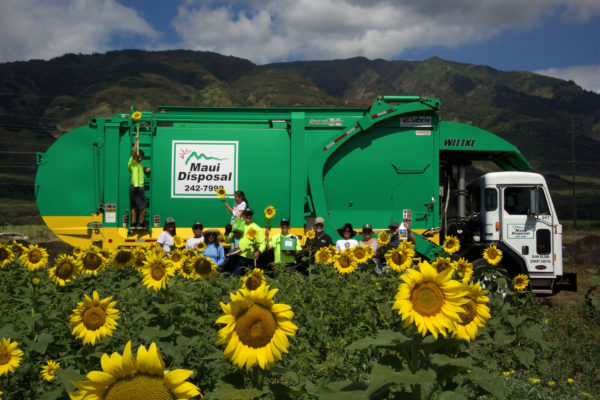 Maui Disposal employees and their families celebrate the company’s commitment to biodiesel at the Maui biofuel crop farm.

February 24, 2017 – Pacific Biodiesel Technologies began in February its scaled-up farming demonstration to grow biofuel crops including sunflowers in Maui’s central valley. The initial crop project on 115 acres will expand diversified agriculture by growing combine-harvested oil crops on land previously used for sugar cane production. This is the largest biofuel crop project in the state of Hawaii and the only biofuel farming operation in the state running on 100% renewable fuel, showcasing the company’s sustainable, community-based model of agriculture and renewable energy. For more information and videos about the project click here.

Our Mission: To promote a clean, sustainable energy future through the community-based production of renewable fuels 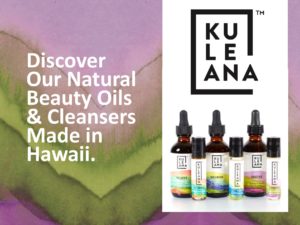 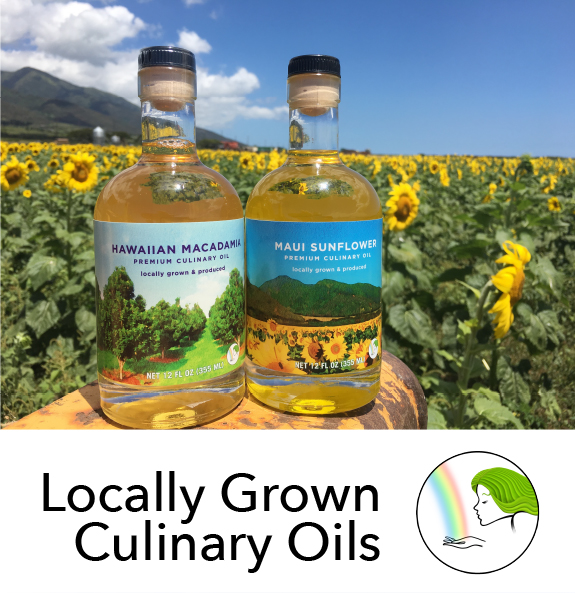