Founded on Maui in 1995, Pacific Biodiesel® is the nation’s longest operating biodiesel producer. Today with nearly 100 employees statewide, the company recycles used cooking oil from restaurants statewide to produce its clean, 100% renewable fuel. Pacific Biodiesel is the only commercial producer of liquid biofuels in Hawaii.

Throughout its history, Pacific Biodiesel’s mission has remained constant: to promote a clean, sustainable energy future through the community-based production of renewable fuels. With a nameplate production capacity of 5.5 million gallons annually, Pacific Biodiesel’s refinery on Hawaii Island utilizes state-of-the art distillation technology to produce the nation’s highest quality biodiesel and on Earth Day 2016 became the first facility in the world to be certified by the Sustainable Biodiesel Alliance for its sustainable production and distribution practices.

Headquartered in Kahului, Hawaii, Pacific Biodiesel was conceived in response to serious environmental and health concerns surrounding unmanageable quantities of used cooking oil being dumped into the Central Maui Landfill. Robert King, then owner of King Diesel that maintained the landfill’s generators, proposed converting the restaurant waste into biodiesel that would fuel the generators. Within a year, his proposal was a reality. The original small-scale plant — recognized as one of the first commercially viable biodiesel plants in the U.S. — marks the beginning of our company. Since opening and operating the very first retail biodiesel pump in America, Pacific Biodiesel has built a solid reputation as a leading pioneer in the rapidly expanding biodiesel industry.

Pacific Biodiesel began offering its multi-feedstock process technology to other developing companies in 1997. That’s when Japanese businessman Soichiro “Sol” Yoshida contracted Pacific Biodiesel to design and build a plant for his Kentucky Fried Chicken franchise in Nagano, Japan. Over the years, Pacific Biodiesel has built 13 facilities on the mainland U.S. and Japan, and completed expansions on several of those plants. Currently, the company’s operations are solely focused in Hawaii where its biodiesel refinery on Hawaii Island began production in 2012.

Shortly after the completion of the Nagano plant, Pacific Biodiesel began to attack an even larger problem for the Maui Landfill — grease trap waste. With the addition of a custom designed processor, our Maui processing facility was able supply its own boiler fuel while diverting 270 tons of trap grease from the landfill each month (unfortunately, due to Maui County planning issues and delays, grease trap waste is no longer able to be processed and composted at this landfill location effective October 2019). In 2000, Pacific Biodiesel built a facility in Honolulu which was recently expanded with a centrifuge to maximize processing efficiency of grease trap waste collected on that island.

The company has been recognized as a renewable energy pioneer by local, national, and international organizations including: the US Dept. of Energy, the American Society of Mechanical Engineers, the Solid Waste Association of North America, the Small Business Administration, and the United Nations Industrial Development Organization.

To promote a clean, sustainable energy future through the community-based production of renewable fuels.

We strive for sustainability in our impact on the environment, economy and community.
We practice continual improvement in quality of products and services.
We value good relationships with colleagues, customers, suppliers, others in the industry and the community.
We walk the talk. 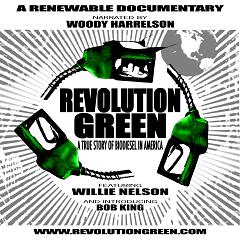 The independent film has been screened at several film festivals, and is now available on DVD.

Learn About Pacific Biodiesel
in this Video Series

Part I – About Pacific Biodiesel

Part II: Biodiesel 101: What Is Biodiesel, Who Uses It & How Is It Produced 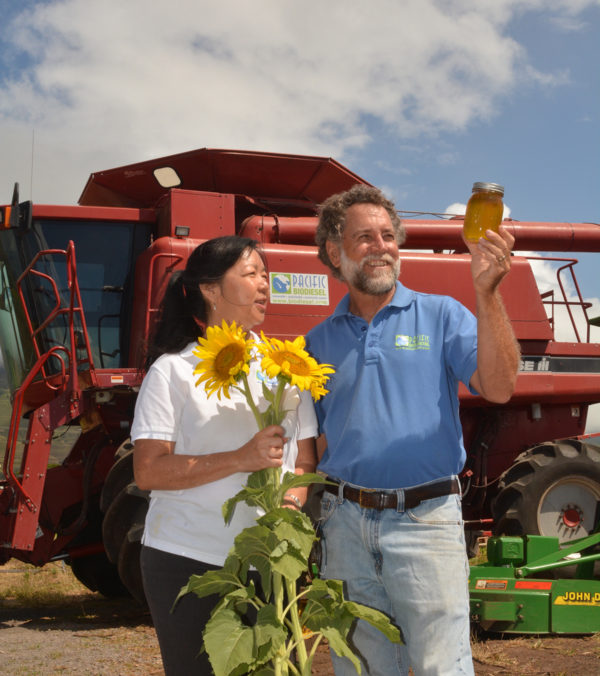 History of our Biodiesel Facilities

Since 1995, Pacific Biodiesel® has designed and constructed 13 biodiesel facilities across the USA and in Japan. Although the company’s current operations are focused entirely in Hawaii, we are proud to have brought these biodiesel facilities online over the past two decades. 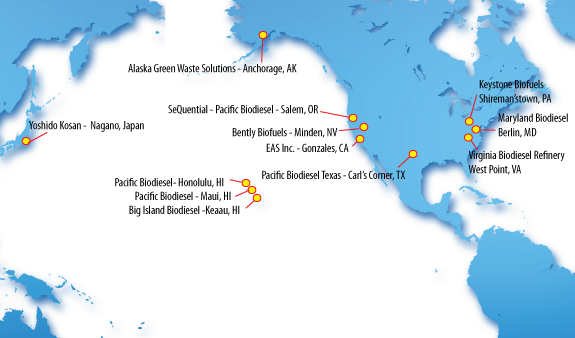